The 2019 Grampians Gallivant was organised by Leon Cottle, Convenor of AROCA Victoria's Goldfields Chapter. The event was based at Halls Gap in the Grampians Ranges of Western Victoria and ran from Friday evening through to the following Monday morning (18th to 21st October).

By invitation, this event also doubled as the 2019 Alpine Alfisti Spring Tour.

For some, the Tour commenced on Thursday evening with a dinner at Oscars Hotel in Ballarat. 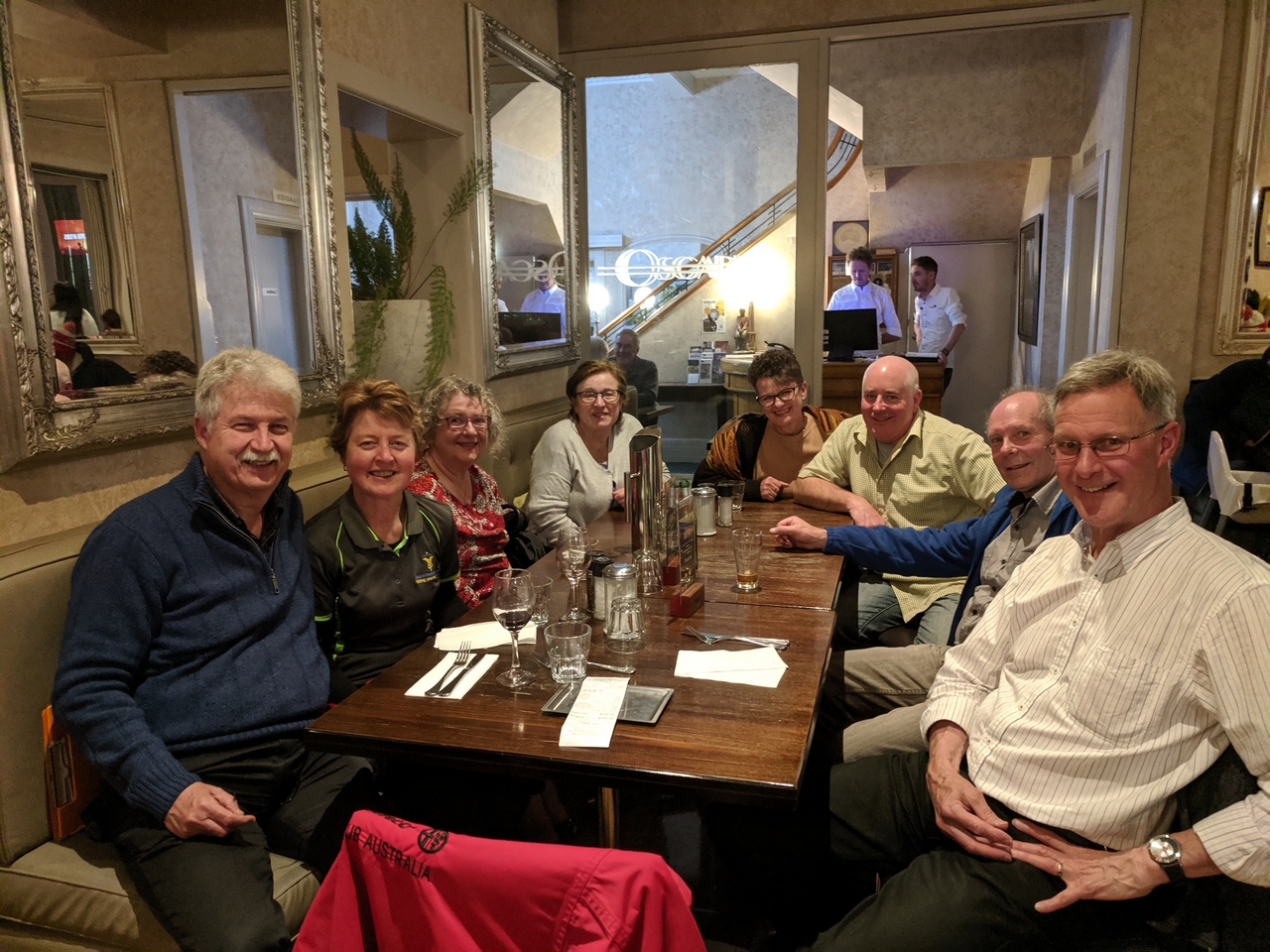 On Friday morning, the group reassembled at the Turret Cafe for a caffeine fix ready for a run through Victoria's Western Districts to Halls Gap. 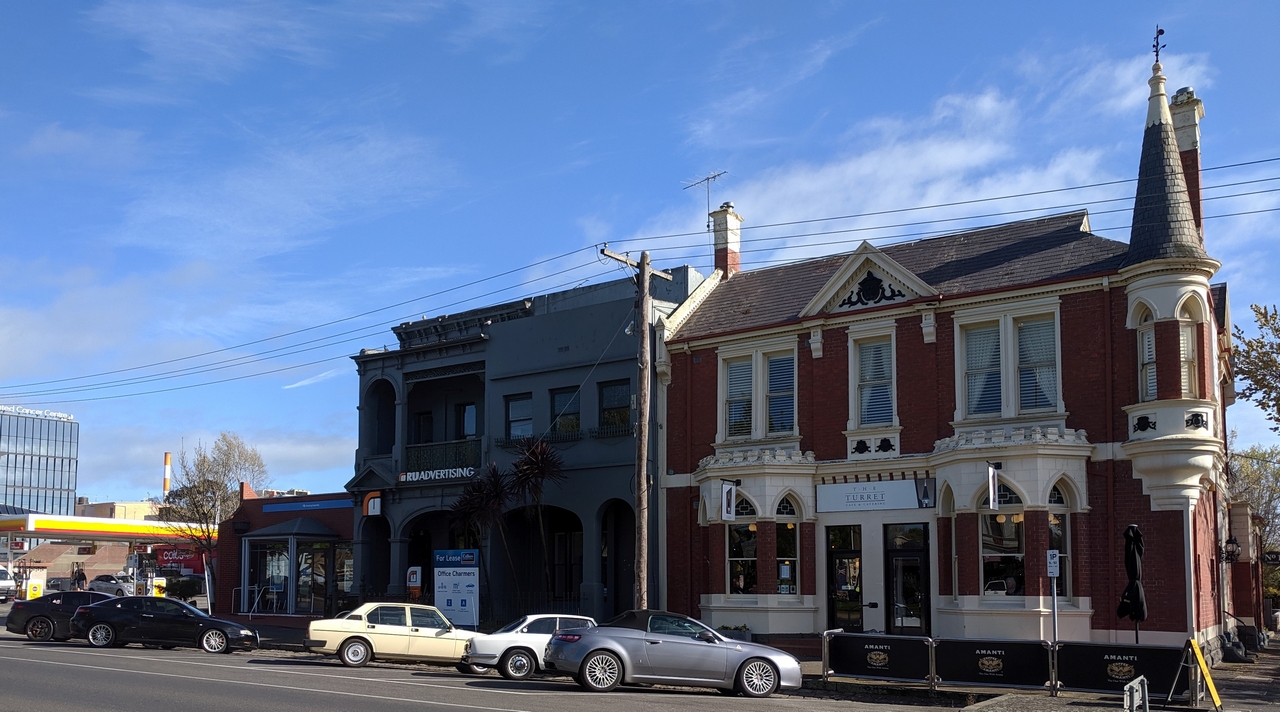 The route took us via Carngham and Snake Valley to Beaufort, where, after grabbing a quick coffee, the crowd converged on Beaufort's "Garage" - an emporium specialising in pre-loved and discarded items from many decades past - from which an assortment of "bargains" was acquired by a few discerning buyers.

An F1 Melbourne Grand Prix souvenir tea spoon and an Art Deco dinner plate were among the prizes claimed from the "Garage"!

From Beaufort, the group headed via Amphitheatre, then to Ararat's Fred & Bet's Cafe for lunch. 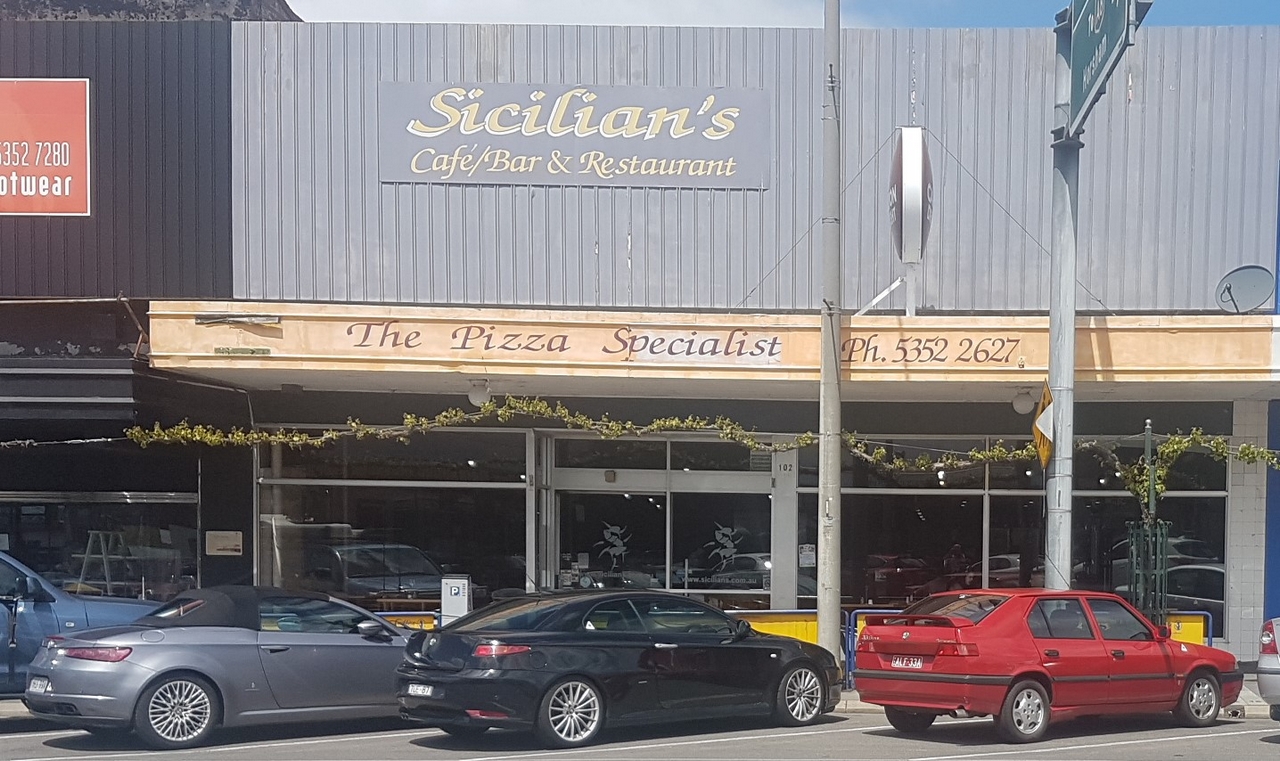 Lunch was followed by a short and scenic cruise to Halls Gap - our base for the next three days. 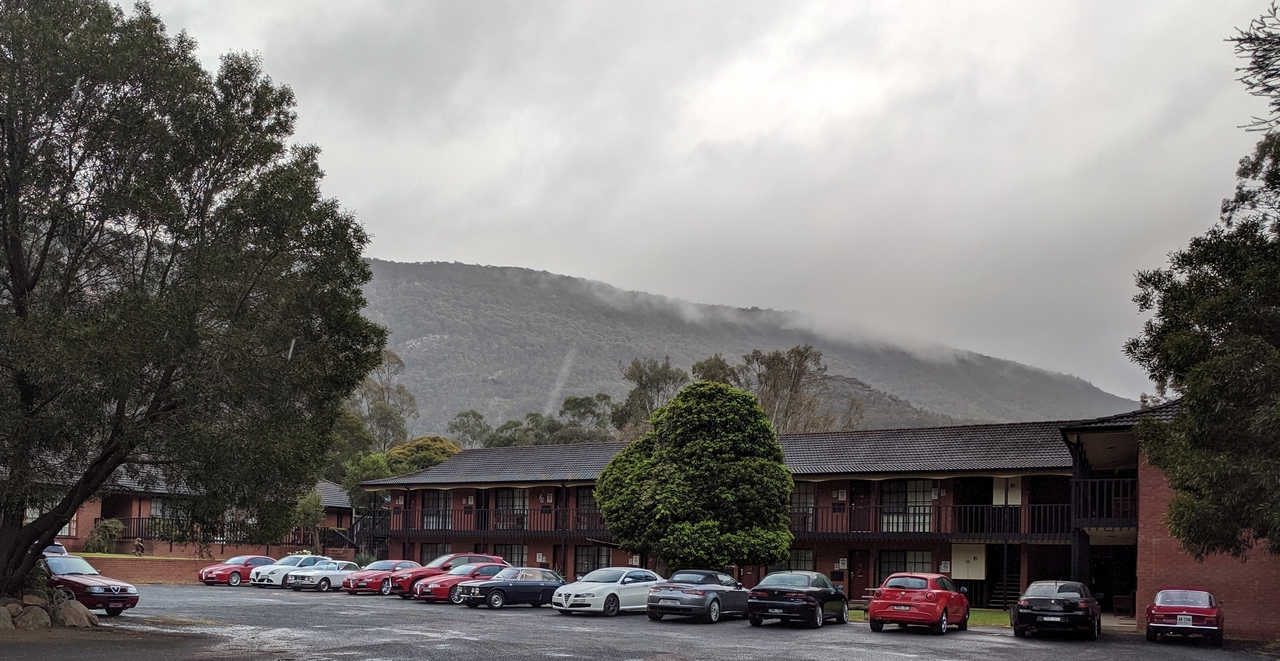 Alfas settled in for a wet evening in Halls Gap.

The group dinner on Friday evening was held at the nearby Kookaburra Restaurant. 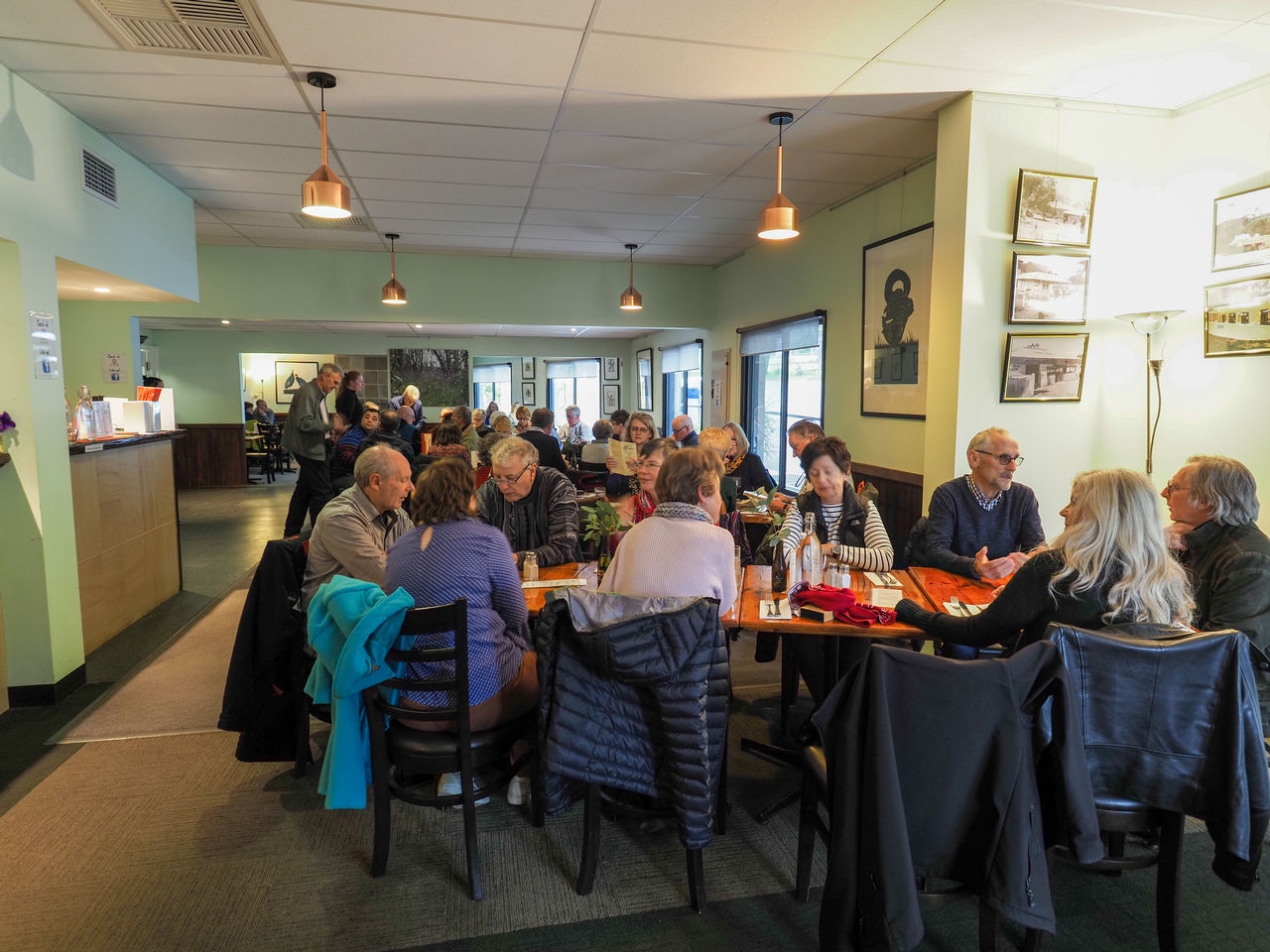 The Grampians Gallivant comprised a suite of short "tours" interspersed with out-of-car activities. The Tours visited feature locations within the Grampians: Lake Bellfield, Boroka Lookout, Reed Lookout and The Balconies, and motored along roads with picturesque vistas including Roses Gap, around Mount Abrupt, and through the Victoria Valley and Mirranatwa Gap. 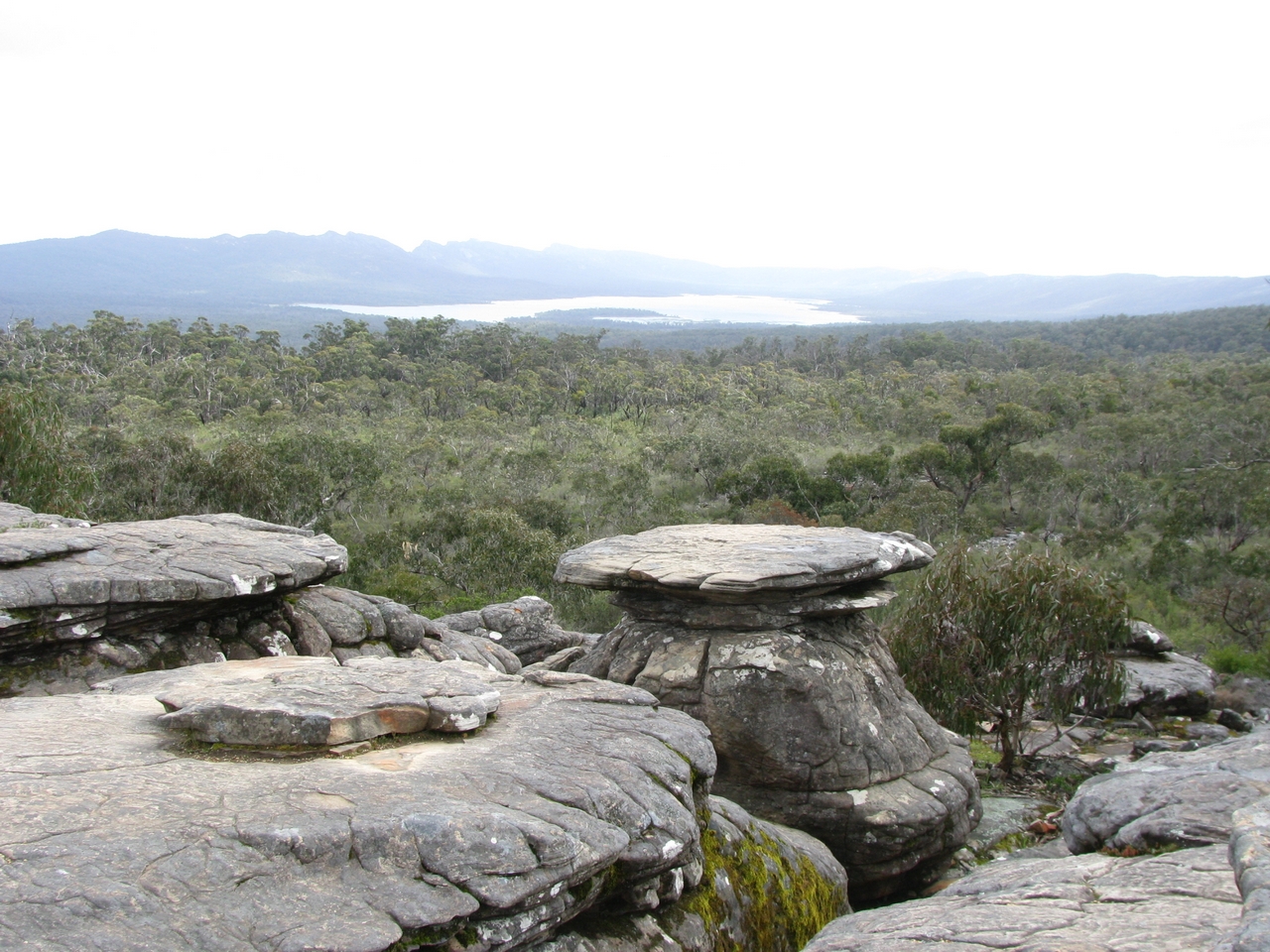 View towards Lake Wartook from near Reed Lookout.

The Tours also took in regional townships including Stawell, Great Western for lunch at Bests Winery, and through Moyston and Pomonal on Saturday, finishing at the Halls Gap Zoo. 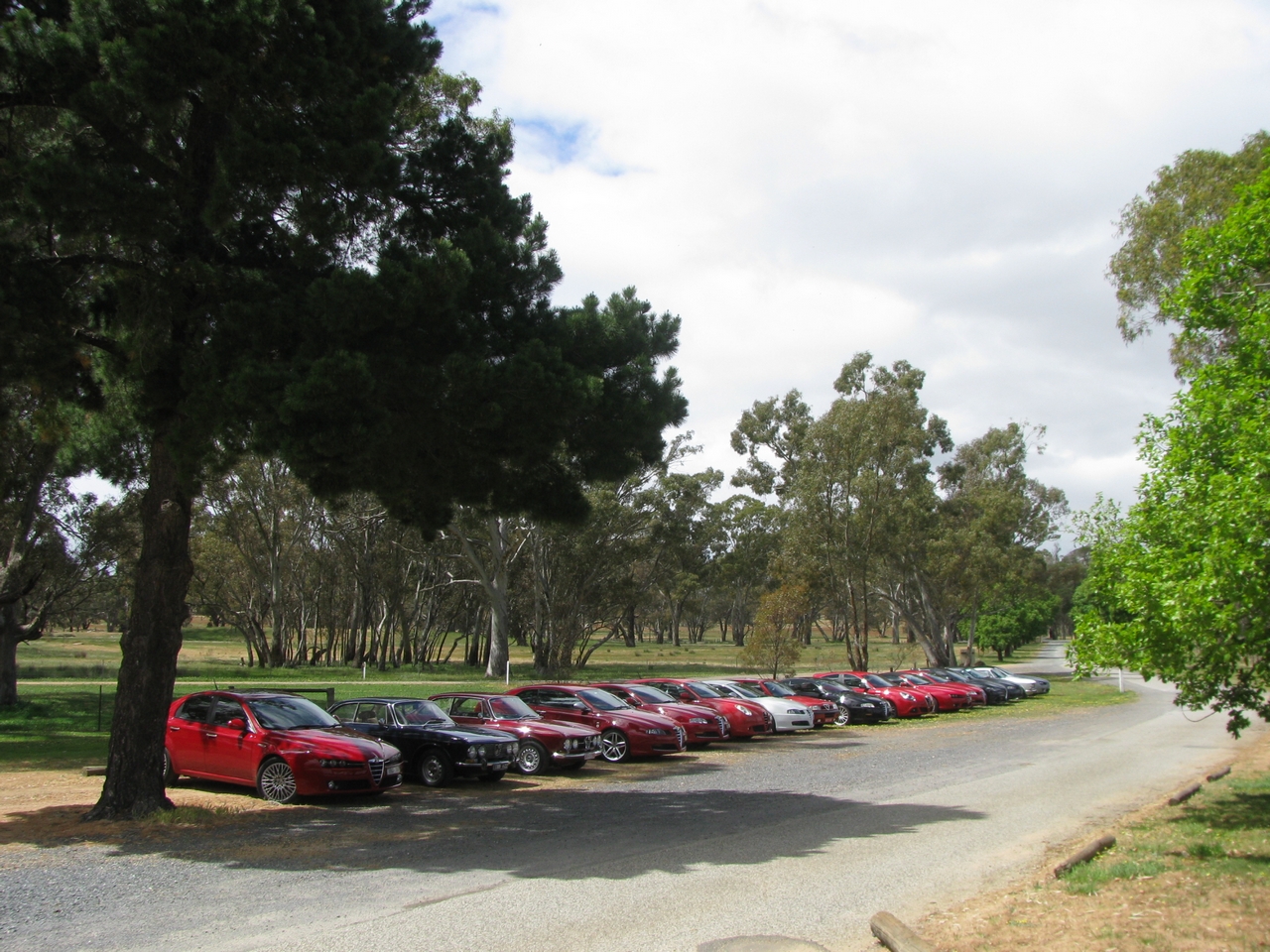 On Sunday we headed south, past Mt Abrupt, to Dunkeld where a stop for coffee was welcomed. 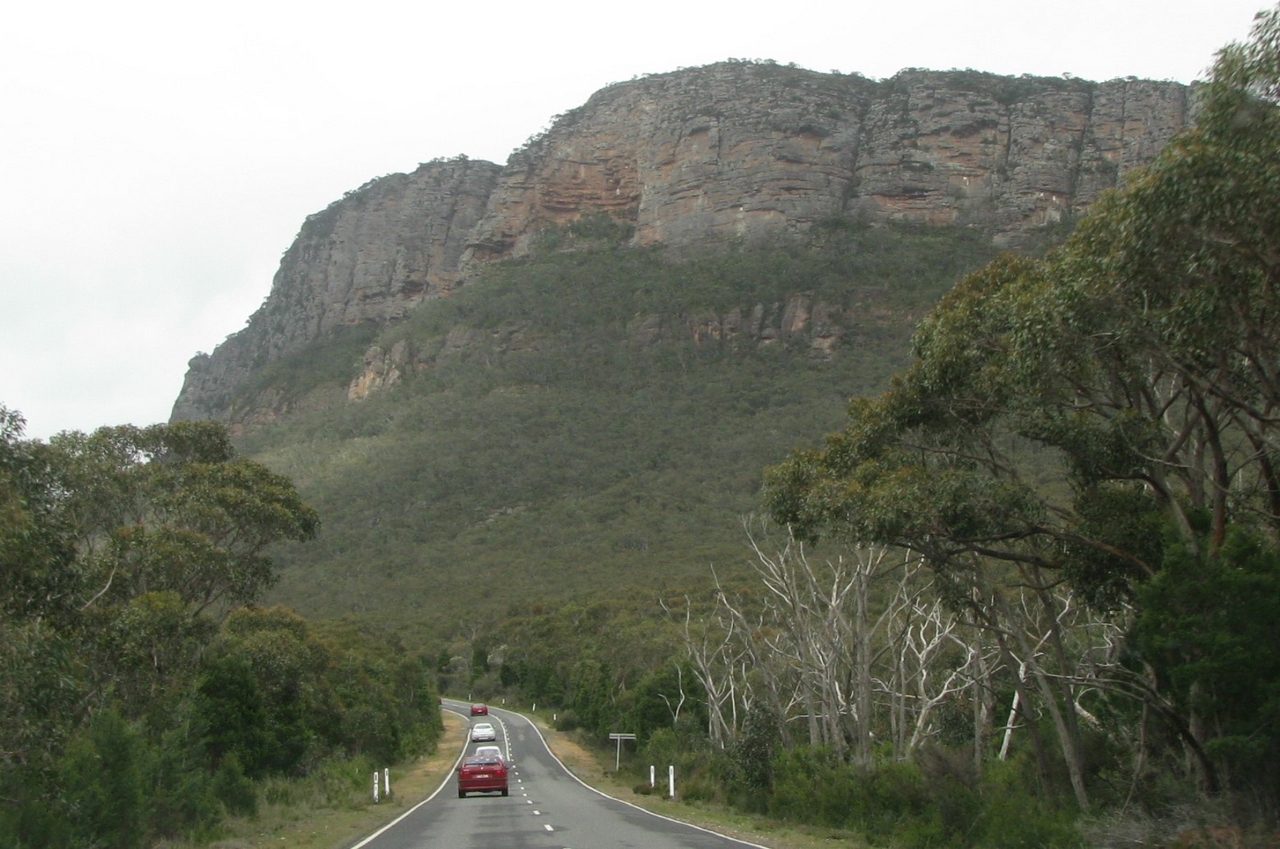 The next stop was at Campe's Motor Museum in Hamilton - an eclectic collection of vehicles, motoring paraphenalia and other memorabillia.

The museum visit was followed by a fabulous 5-course banquet lunch at the Bunyip Hotel in Cavendish. 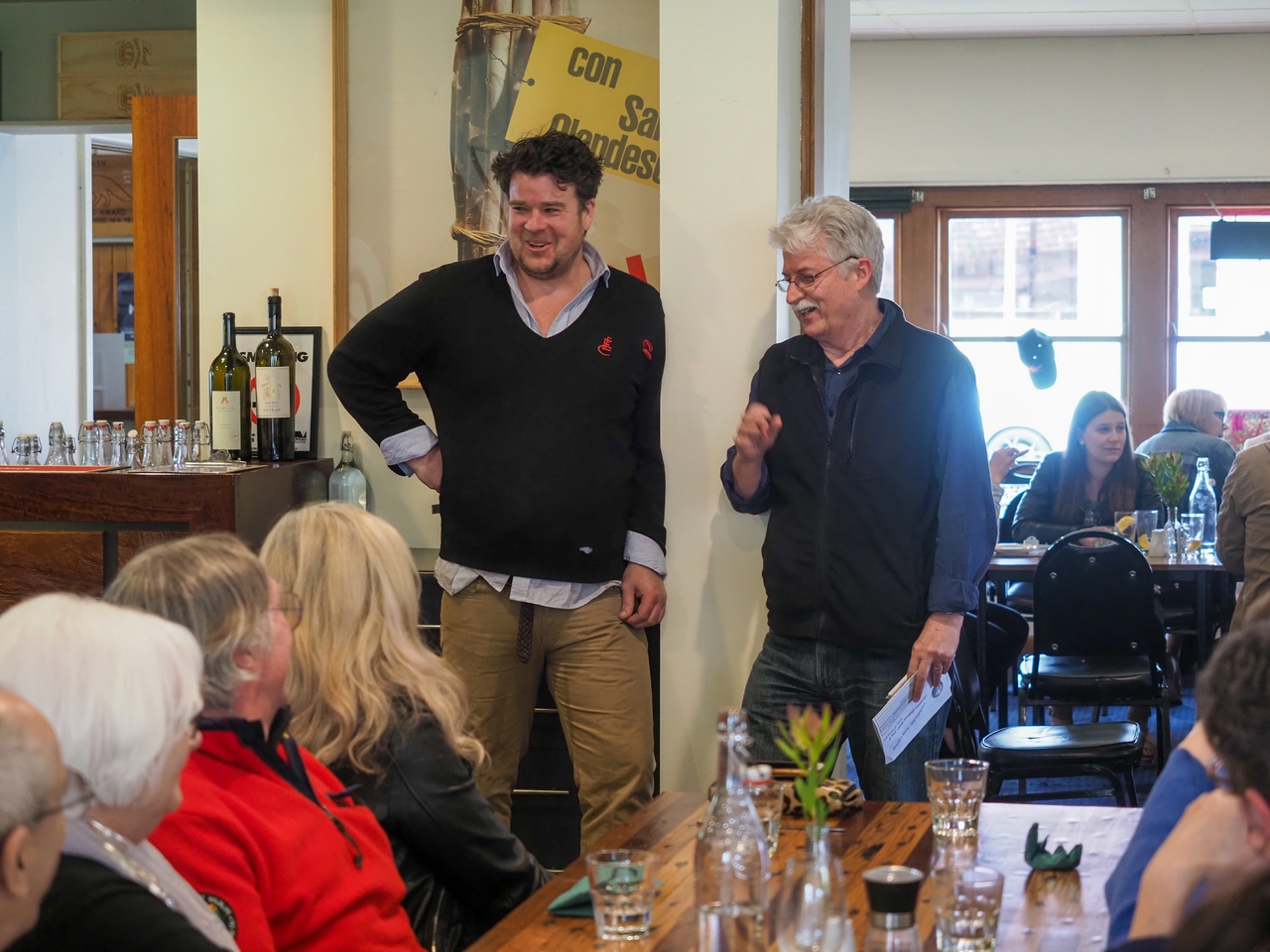 Leon introducing James, the Chef of the Bunyip Hotel
Photo: A Sadow © 2019

Outside, Alfas line the streets of Cavendish.

After lunch the group returned to Halls Gap via the Victoria Valley and Mirranatwa Gap. 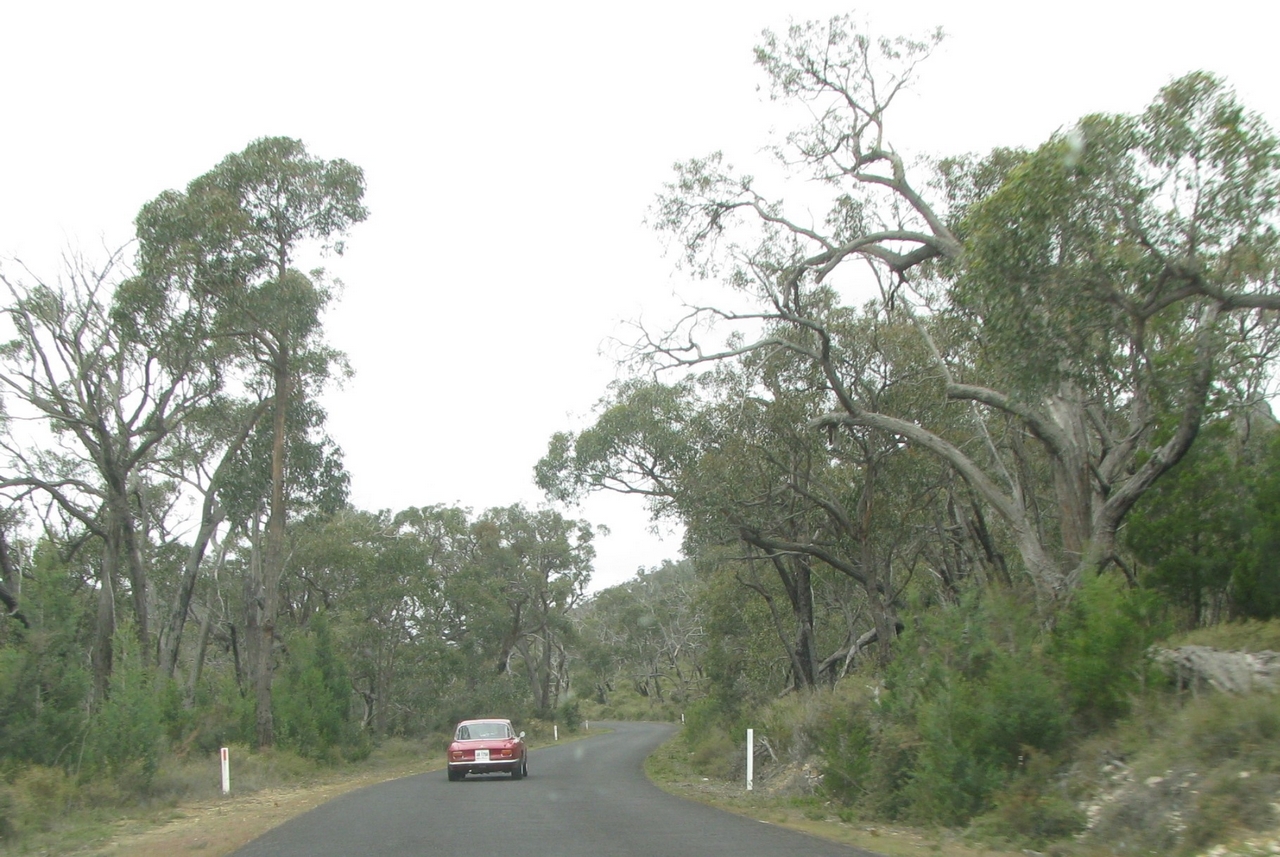 On Sunday evening most of the group gathered at the Spirit of Punjab, offering generous servings of spicy and tasty Indian cuisine, to mark the final Tour dinner.

On Monday morning following breakfast, many farewells and promises to "see you on the next Tour", the Tour group members departed - some homeward, while others took the opportunity to extend their "holiday" for a day or two, prior to returning home.


Altogether, 38 Alfisti in 21 Alfa Romeos from WA, SA, ACT, NSW and Victoria (both Melbourne & the Goldfields), participated in the Tour.


this time, including all of the "Gallivanteers" 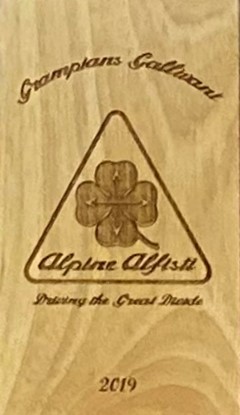 
for rescuing a fellow Alfista (and GT owner) ...
when yet another GT "failed to proceed" while on Tour! 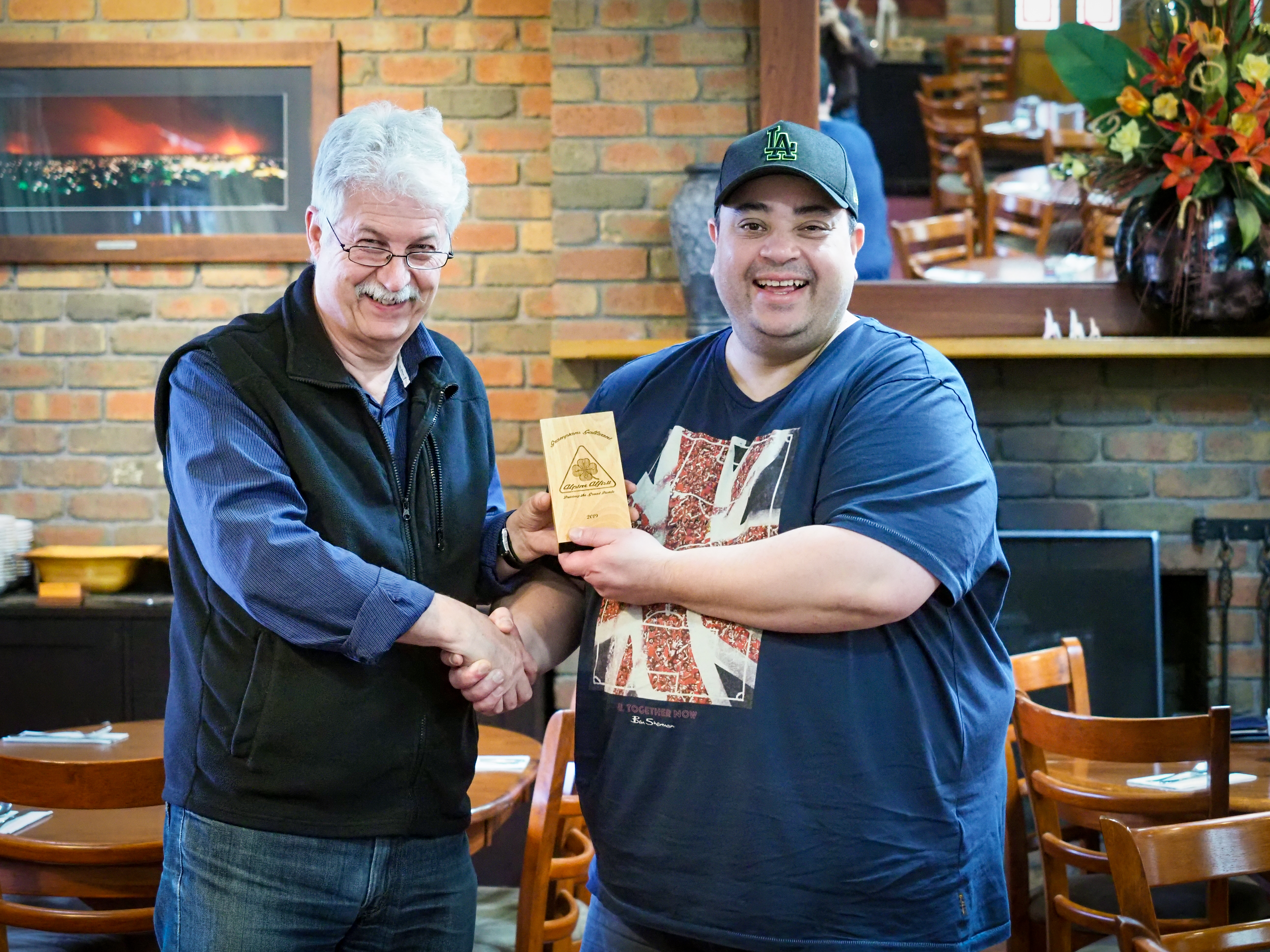 Lunch was at the Bunyip Hotel, Cavendish